The Wedding Dress that changed the Worldâ¦ 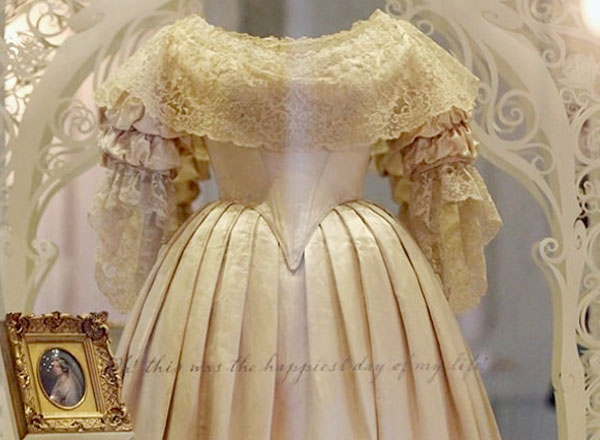 Did you ever consider why the brides dress is White?  We often think is has something to do with purity, and it might in some respects, but no, the White wedding dress was a fashion statement! And when it was worn for the first time publicly it changed the Bride’s wedding dress forever, or at least until today!

The trend for blush, peach, and pink wedding gowns in just beginning, and it may last, it may not.  When Queen Victoria married Prince Alberta in 1840, she set a trend that has lasted over 150 years.  For her wedding, there were two unusual occurrences.  One, it was a love match of her own choosing. It was certainly not unusual at the time for European royalty to marry off their songs and daughters to each other as a political maneuver.  Two, she chose to wear a white gown. Up until that time, most brides, even royal ones, wore their “best dress”, sometime for the first time, and certainly not for the only time.

Her head to toe pure white outfit that included veil and an 18 foot long train was groundbreaking in style for weddings, and it soon was emulated by brides all over the world.  Even today, some brides from mixed cultures will have a “Western gown” and then a gown from their own culture, such as a red sari from India. Victoria’s decisions to marry for love rather than for duty or financial gain and to wear a pure white gown made just for the occasion are two things that have lasted past the ‘trendy stage’ and have become traditional for couples in all parts of her Empire.

For more information about this fascinating woman and the man she loved, you may enjoy the movie “Young Victoria” starring Emily Blunt and Rupert Friend.