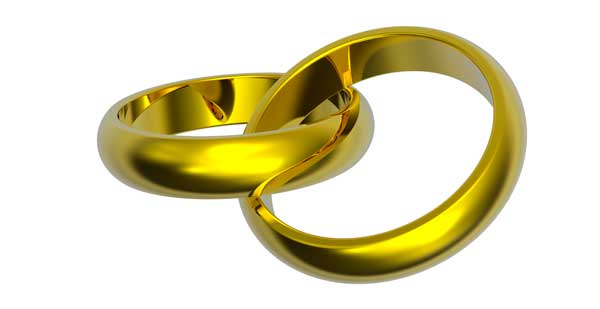 I know, if you’re most couples you’ve searched, shopped and priced out dozens, perhaps hundreds of rings…trying to find the perfect one!  As nice as the wedding ring has become, there’s no rules about having what everyone else is having!  Recently, instead of traditional weddings rings, the couple choose ‘wedding bracelets.’  Each had already a stunning collection on their wrist (all silver), but on their wedding day, it was a gold bracelet that stood out as special for them.

Why not be creative with you wedding rings and break ‘modern’ tradition?  Speaking of tradition, why not travel back in time to traditions long before any of could ever remember? 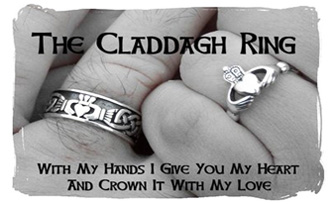 The village of Claddagh, Ireland is where this charming and recognizable ring first originated. The first Claddagh ring uses three symbols – the crown, the heart, the hands – that have significance in Irish history.  In the 17th Century, Queen Mary II had the first ring created using these symbols.  With a huge Irish emigration in the 18th and 19th centuries, the Claddagh ring became known around the world, particularly in North America.

The three elements used in the Claddagh ring have particular symbolism for marriage: the heart obviously meaning love, but the other two are a little more practical.  Hands symbolize friendship – two people that love each other are being married, but as their marriage progresses and endures, the friendship that they began with will deepen.  The crown represents loyalty.  “Loyal to the Crown” would have been a turn of phrase used often in the days when monarchy was more than a figurehead.  Loyalty as a friend and a spouse needs to crown, or be the ‘icing on the cake’ with love and friendship.

The clasped hands are an ancient Roman symbol of marriage.  If you are looking for a wedding band that is unusual or has particular significance to your Irish heritage, then looking at Claddagh rings may be for you.